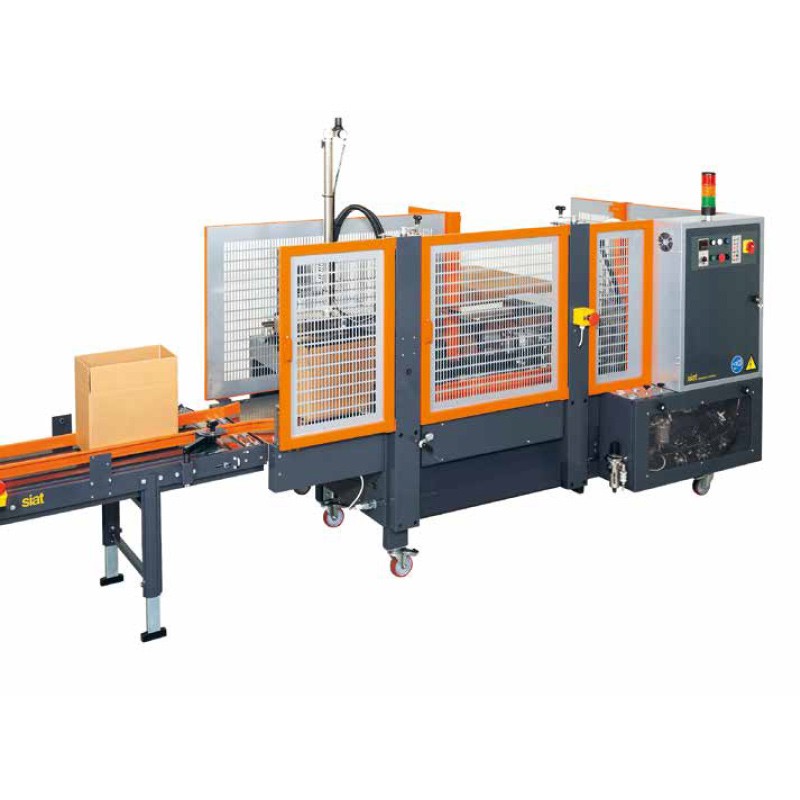 Automatic case former with side drive belts and manual dimensioning, suitable to seal the lower part of boxes with Hot Melt glue. It doesn’t require the presence of an operator. The operator, after having filled the box storage with boxes and adjusted the machine, presses the START button. The machine automatically picks up a box from the box storage and a carriage drags the box which is automatically opened by the box-opener lever. Then the box is pushed by a second carriage into the machine through the side drive belts, while the flap folder devices partially fold the laps.